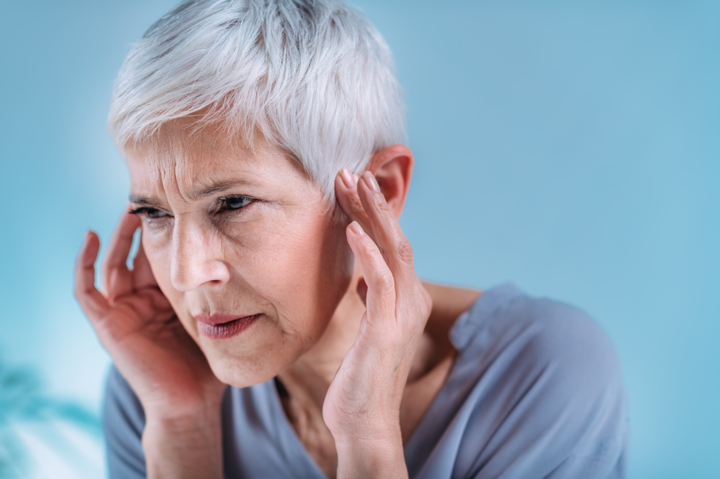 Tinnitus is the medical term for the sensation of hearing sound in one or both of your ears when no external sound is present. The sound is most often described as ringing, but it has also been described as hissing, buzzing, whistling, clicking, or swooshing.

Tinnitus is not actually a disease—it is a symptom of an underlying health condition and can manifest as acute or chronic. In some cases, resolving the cause can reduce the perception of tinnitus.

The symptoms of tinnitus are largely subjective since the person experiencing it is usually the only person who can hear it. The sound can be described differently, but some of the most common descriptions include ringing, static, buzzing, roaring, humming, and screeching.

According to the American Tinnitus Association, there are three ways to describe tinnitus sounds:

Are you experiencing tinnitus symptoms?

There are multiple ways to potentially alleviate or manage tinnitus. Hearing aids may help by masking the sound of tinnitus, especially for those who have tinnitus in the same frequency range as their hearing loss.

If you are suffering from tinnitus, your first step should be visiting a hearing healthcare professional for a clinical evaluation. Get started now by contacting Amdahl Hearing for a test.