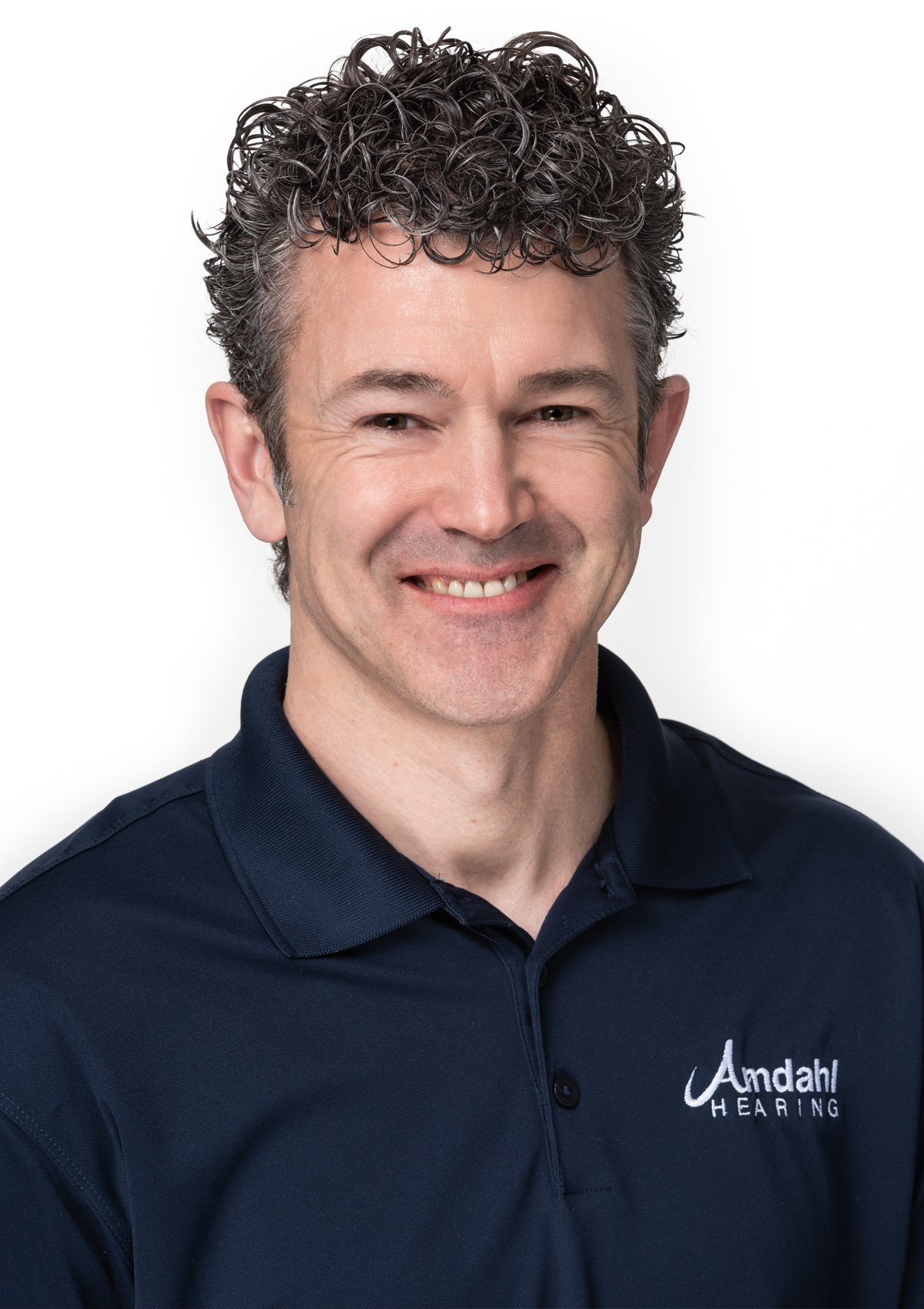 Kevin Amdahl is originally from River Falls, WI, where he spent his childhood hunting, fishing, and enjoying the outdoors. He played football and wrestled in high school, and he is the proud son of Dave Amdahl, a well-known wrestling coach who worked at River Falls.

In 1994, Kevin completed both his undergraduate and graduate work in audiology at the University of Wisconsin-Stevens Point. During the following years, he worked in private practices in Lansing, Michigan, and Willmar, Minnesota, where he found his purpose: to help as many people with hearing loss as possible. He was fascinated with audiology technology and the possibilities it created for people with hearing loss. He eventually achieved the position of Director of Audiology Services in a practice with six locations.

Seeking a greater impact, Kevin took a position in 2002 with Micro-Tech, a hearing aid manufacturer, where he worked in the education and training department. He further immersed himself in the technology, aiming not only to better understand it but also to teach other professionals to apply it effectively.

Kevin traveled extensively throughout the U.S. to train hearing professionals on the latest hearing aid technology and its appropriate applications in the most difficult cases. He spoke at national conventions and wrote a paper that was featured in a nationally published hearing journal.

He eventually progressed to Head of the Education and Training Department, a position he held until July 2007, when he left the manufacturing world to open a private practice in St. Cloud, MN. Since then, Amdahl Hearing has grown to five locations and has expanded back across the border to his home state of Wisconsin.

Today, Kevin finds inspiration and motivation through his patients. He hopes to further Amdahl Hearing’s growth and continue to help people reconnect with their loved ones. He aims to educate the public on the dangers of noise exposure and the debilitating issues associated with tinnitus. He remains steadfast in his desire to grow and serve, as well as in his belief in treating people, not just their hearing loss.

Outside of work, Kevin enjoys spending time with his wife, Jen, on the St. Croix River; hanging out with their children, Jesse, Katie, and Arielle; doing anything related to archery; and relaxing with his dogs.